A Texas jury has ruled against a father who tried to intervene and stop his seven-year-old son from transitioning to a girl after claiming his ex-wife manipulated the child into wearing dresses and said that ‘monsters only eat boys’.

Jeff Younger and his ex-wife Anne Georgulas have been involved in a lengthy and bitter feud in Dallas as they argued in a family court over whether their son James has gender dysphoria.

Following a week-long trial, a jury decided on Tuesday to give sole managing guardianship of James and twin brother Jude to their mother.

Georgulas, who is a pediatrician, has argued that James is transgender and should be able to wear dresses and attend school as a girl named Luna.

Her ex-husband, however, doesn’t believe James has gender dysphoria and that his child is just experiencing some confusion with gender. He has accused Georgulas of forcing James to socially transition into a girl by making the child wear dresses.

The judge presiding over the case is expected to make a final decision on the custody verdict on Thursday. 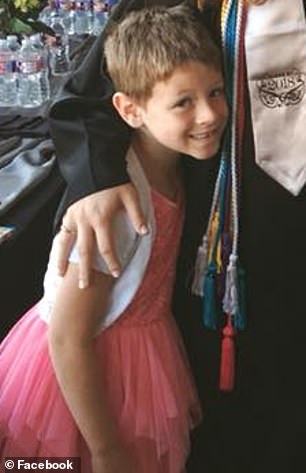 The bitter court battle began when Georgulas filed a court request last year to change their joint custody arrangement to include a requirement that Younger start calling their child by the name Luna.

She argued that three mental health professionals had diagnosed James with gender dysphoria and that therapists had recommended they start using the name Luna instead of James.

Younger, however, filed his own request with the court to obtain sole custody of the twins to prevent the gender transition.

The jury’s verdict prevents Younger from having sole custody of his children and potentially paves the way for Georgulas to allow the seven-year-old to undergo hormone replacement therapy.

Georgulas and Younger married back in 2010 when they were members of the Orthodox Church.

They went through IVF to have the twins and requested their gender be male before they were born in 2012.

Arguments over their child’s gender began when Georgulas took James to see a gender therapist at the Children’s Hospital Center.

She claims she had noticed James requesting girl-themed toys, that the child was imitating female Disney characters and had been asking to wear dresses.

The therapist recommended James start social transitioning by wearing dresses to school and going by the name Luna.

Their child currently identifies as a girl at school and is called Luna by her teachers. 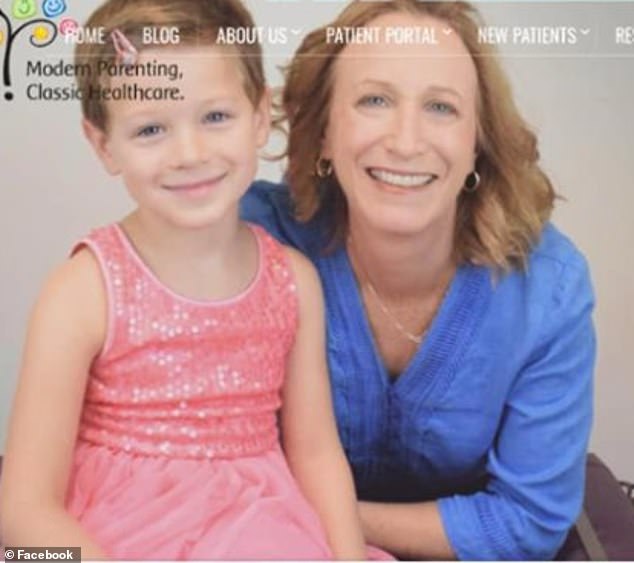 Anne Georgulas, who is a pediatrician, has argued that James is transgender and should be able to wear dresses and attend school as a girl named Luna

Younger claims his ex-wife has been forcing the transition ever since their divorce and has accused Georgulas of starting to manipulate their child when James was just three years old.

He has accused Georgulas of locking James in the bedroom and telling their child that ‘monsters only eat boys’.

Younger also claims Georgulas has been forcing the child to wear dresses.

In a podcast interview earlier this year with Christian political consultant Luke Macias, Younger insisted that his child is not a girl and that she ‘violently refuses to dress as girl at my house’.

Younger went on to publicly accuse his ex-wife of sexually abusing their child.

‘I want you to imagine having electronic communication with you son on FaceTime, and imagine that your ex-wife has dressed him as a drag queen to talk to you. He has false eyelashes and makeup. His hair has got glitter in it. He’s wearing a dress,’ he said.

‘Now imagine how you would feel seeing what I believe is actual sexual abuse – I believe this is not just emotional abuse but is the very, most fundamental form of sexual abuse, tampering with the sexual identity of a vulnerable boy. Every. Single. Day.

‘You have to see your son sexually abused, and you have to maintain your calm… because the courts are not going to be fair to you. And the only way you can survive this and get your son through this alive is to calmly allow your son to be tortured right before your eyes and outlast the opposition. That’s what it’s like.’

Separate from the custody court battle, Younger has been campaigning to prevent his child’s gender transition.

Websites and Facebook groups called ‘Save James’ have been set up and there is a GoFundMe page with about $40,000 in donations to help with Younger’s court costs.

Man in court for threatening to kill neighbour over woman